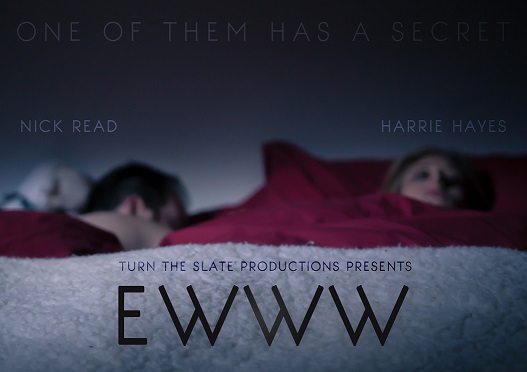 IMDb A couple`s first date ends with a rather unwelcome revelation..

What started out as a short comedy sketch has developed into this short once we rehearsed the characters and breathed some life into them. It gave me an opportunity to play around with the actors and perhaps turn the date formula on its head a little bit all in a short space of time. I wanted to make a little film that was enjoyable and funny to watch, which is down a lot to the actors` talent and chemistry, but with also a nice little twist to finish it off and hopefully we have just about achieved that. AS 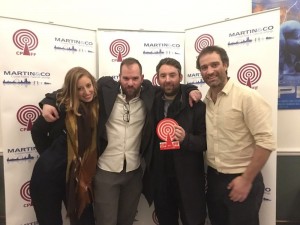 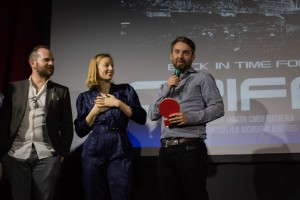 Carlos has amassed over twenty years` experience in the media sector working for the likes of the Video Arts Group, BBC Worldwide, George Harrison`s HandMade Films and Impossible Pictures. He has vast experience across marketing, distribution, production and project management.

Ben is a very experienced camera operator and editor having worked in London and internationally for the last decade on many shoots across documentary, commercials and short films. Ben`s company page.

Julien has been involved with film and theater since 2005, writing, producing, performing and directing. After spending a year studying directing at The London Drama Center, he volunteered at The BRITDOC film festival then worked closely with BRITDOC, Shooting People and VIZUMI (an Arts Alliance Media company). He has produced and directed numerous short films to date and is continually working on new projects.

Guy started out as a young actor before going on to earn a 1st Class Law Degree then moved into production and directing. He has worked on many productions including the Colin Firth film Kingsman: The Secret Service as visual effects coordinator and many other films both behind and in front of the camera. Guy`s IMDb page.

Jim has been an Editor for 10 years; cutting Features, broadcast Documentaries and factual shows, and short films. He has cut for the  BBC, Channel 4, Discovery, Sony, Disney and many more. Jim`s site

Katherine is a home-grown talent, trained by halo’s senior colourist Ross Baker. Passionate about film and photography from a young age, Katherine has a well-trained technical and creative eye with over 10 years in post production and 6 years specifically in grading. Working closely with DOPs on a wide variety of genres her credit list covers prime time broadcast television, music videos, corporate short form as well feature film. Katherine works with us for the second time.

Jack and Louis based at Jungle Studios were our sound design and dubbing mixers on Ewww and are both really passionate about sound post production. They work with us for the second time.