Turn The Slate Productions now offers a consultancy for short filmmakers. Having received numerous approaches to act as a Producer on short film projects, Alexei is not actively looking to take on full producing roles on new short films, however, with a wealth of knowledge, experience and relationships garnered from working in the industry since 2005 – 8 short films completed with 175+ film festival screenings around the world and collected approx 40 awards or nominations – it made sense to put some of that to good use.

The process of putting together a short film is often a long and complex one; taking more time and effort than most aspiring filmmakers realise from the outset. Short films can take 18 months or even two years to complete. They demand commitment, energy and passion from the filmmaker, as well as originality, creativity and artistry to help the film stand out from the crowd. Alexei brings his knowledge of the festival circuit, above processes and also experience licensing over 100 top short films for next generation broadcaster Little Dot Studios` short film platform ‘Tall Tales’ launched in 2017.

Alexei also ran a lab entitled ‘From Fade in to Fade Out: Making a short film with Alexei Slater’ at the 2021 London Screenwriters Festival. Feedback from Alexei`s LSF lab included ‘Many Thanks Alexei and the LSWF Team for the bucket load of advice’ (Filmmaker Panayiota Panteli) and ‘The workshop was very useful and encouraging’ (Screenwriter Ronald Fernee). LSF profile.

Please get in touch on the contact page above or email turntheslateproductions@gmail.com for more information. 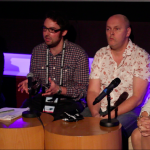 GUY HODGKINSON – Writer/Director “Aura”
Working with Alexei has been absolute gold dust. He is a truly forensic filmic force. Throughout the process he pushes you and asks you to develop your output whatever your focus currently is. He pushed me to be the clearest I can be. Be that with Marketing and Social Media, hitting the right marks regarding our Crowdfunding campaign. Introductions to people who may be free to work on the film, or Script Consultation. Alexei knows the Short Film Landscape. His knowledge, passion and experience gave me a huge amount of confidence in scaling the mountainous challenge of getting the short film I wanted to make in the can. Any production would benefit from working with Alexei, and I am very excited to continue to work with him as we enter the next stage of the Process with AURA and the Festival circuit/Distribution. www.broxholmebrotherfilms.co.uk/Aura

ANNETTE WESTWOOD – Writer/Director “This Little Girl”
Having the insight, guidance and support from Alexei, working as consulting producer on short film This Little Girl, was incredibly valuable and amazingly helpful. From script development, right the way through the production, at every stage Alexei provided a wealth of knowledge, excellent advice, his guidance being truly superb. He was able to offer support across a wide range of production aspects, whilst sharing fantastic creative insight and inspiration, his contribution to the project has been invaluable. It was a joy to collaborate with Alexei on the project and I highly recommend Turn The Slate Productions short film consultancy to all short filmmakers. www.thislittlegirlfilm.com

LOUIS CHAN – Writer/Director “Stationary”
When it comes to making a film, Alexei is someone who has the wonderful ability to be extremely meticulous whilst never losing sight of the bigger picture. He was an instrumental part in making sure our short film Stationary was in the best possible condition not only before the cameras started rolling, but right up until our film festival circuit was complete. An ever present and reliable sounding board, Alexei provided insightful notes on the script, a trained eye during location scouting as well as how to best optimise a crowdfunding campaign. Alexei’s years of experience in writing and producing quality work would be an asset to any production. www.louischanfilms.com

PHIL LOWE – Writer/Director “The Driving Seat”
Alexei was the producer of my short film The Driving Seat, which went on to be selected for forty festivals worldwide and win six awards. He was an invaluable sounding board at every stage of the process, was well connected and full of initiative when it came to sourcing a really good crew, and drove a lot of the marketing activity which helped the film reach an online audience of 100,000. I probably wouldn’t have made the film at all if it hadn’t been for his help and encouragement.

GARETH HUGHES – Camera Operator “82, Scarlet Says, Candice” & DP “Call Me Alvy”
Alexei was writer/producer for the short film ’82′ which has proceeded to win awards and gain nominations at many film festivals around the world. This continued success is due directly to his vision, diligence, persistence & hard work. For this production he brought together and co-ordinated a wonderful team both in front of and behind the camera. He’s an excellent communicator, understands the crew’s requirements and appreciates our input. He is positive,decisive and always approachable. I very much enjoyed working with Alexei on ’82′ and hope to continue working with him in the future.

GEORGE WATSON – Director “Candice”
I have worked with Alexei on a wide range of productions and can not begin to say how incredibly crucial his contribution has been throughout. His mindset, knowledge and general awareness of filmmaking is second to none,  based on his own experiences from directing through to producing he has an acute awareness of the industry with a meticulous grasp of how the film process takes place from start to finish. www.georgeawatson.co.uk

“Short films are a different art form.  Making a great short is very different than making a feature, but you do learn a lot. Every time you’re on set you learn something, but a short film is kind of like a joke. It starts off with a set-up. You set it up and then you pay it off. A feature has three acts, so you have a much longer time to tell a different structure, but short films are a great way to practice and a great way to get started. But once again, you can make a short film on your iPhone, so you should be out making as many as you can. It’s a great way to sort of see what connects with audiences and what doesn’t connect with audiences. You have to make mistakes to succeed. If you’re willing to take the risk to make a movie, that’s probably a mistake. I think making any movie is sort of a mistake. If you’re actually going to go out and raise money, however, there aren’t that many places to exhibit short films. It’s still a world where a successful feature film has a lot more places to go than a successful short film. I think before you actually go out and raise a lot of money for a feature film, you should spend a lot of time and practice. I was playing around with film and visual storytelling for 10 years before I made my first feature.” Darren Aronofsky